So migrated from Wordpress to Octopress. Most of the migration was automated by using exitwp but to get slideshare I had to use Oembed, also found a great list of themes on github.

So far so good, writing posts in markdown is great and also now not having to worry about keeping up with Wordpress security updates is nice but for me is about finally being free of MySQL databases and Wordpress was the last thing running on it, weird in this day and age of easy multiple database support Wordpress still forces you to use MySQL.

Well the internet speed in Hangzhou is much better than Shanghai. I am paying the same amount of money as in Shanghai but getting a better connection!

Just ran across this guys photos from the Himalayas 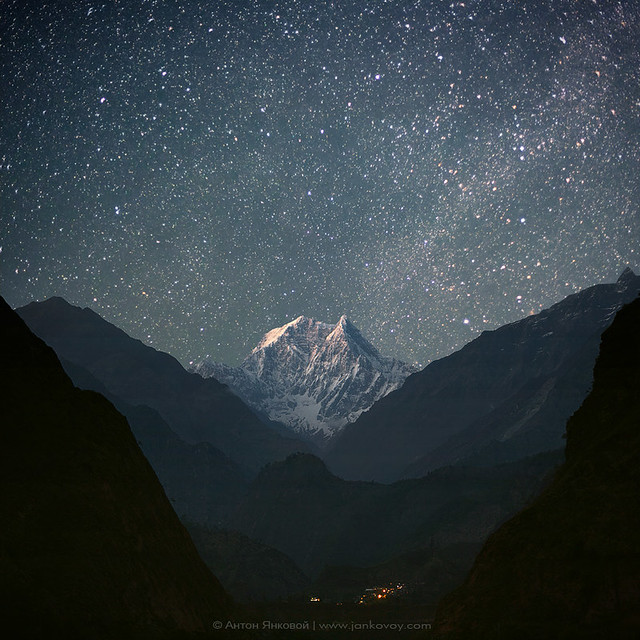 Alex, a good friend of mine here in Shanghai, recently vented his frustration about working and living in China when your work relies on a good quality internet connection and I can’t agree more.

For the last couple of weeks Google has been once again targeted by the censors but in a truly frustrating way, you can search for something and get back the first page of results (most of the time) but then if you refine your search or do another search straight after the great firewall blocks Google and you end up with an error page. I am very ashamed to say that I have had to resort to using Bing to find some things over the past couple of weeks but the Bing results are just of a poorer quality which then frustrates me even more as I know Google would have found what I was looking for after a couple of refinements.

There are a couple of points where our view diverge:

He brings up the point that a US company will need good internet to the USA to use their tools (ERP, CRM etc etc) but this is not what the majority of the companies who are here need to use, the government regulations have restricted the truly massive corporations coming into China in one way or another and so far the largest companies in China probably are mostly Chinese in origin and probably most of them are government owned.

Alex ponders if bad internet will have a knock on economic effect and I think it will but not in the way that he expects. Instead of China becoming the next India where you can outsource your “services”, bad international internet will localise people and already has, just look at the Chinese Twitter and Facebook clones. China will become more introverted and that is a bad thing because a country so large and a people so proud should be sharing with the rest of the world not looking inwards.

What you have to remember is that local internet, i.e. internet within China is OK - you can perfectly stream videos, watch tv, search the internet, tweet on the local twitter clone and not hit a single problem. I have had 2M internet for nearly seven years and ok the upgrade to 10M+ is well overdue if you compare internet speeds to Hong Kong, Korea or even the UK but compared to the USA it seems just about on a par.

Companies who want to expand into China need to remember that China is almost like a separate zone of the internet where the normal rule don’t apply, sticking a CDN box in Hong Kong does not mean people in Shanghai or Beijing will have good speeds even if the normal rules about proximity would mean that it would. If you truly want fast local access to your services in China then get a CDN with local Chinese nodes and no Hong Kong does not count.

Here is the China network diagram from a decent CDN who truly understand China - show me another CDN that has that network in China? Akamai perhaps but they won’t show.

One last thing to throw on the fire - Shanghai has plenty of submarine cables and also China has Hong Kong one of the greatest gathering of submarine cables in the world, if they wanted international internet to work they could, the trouble is that they don’t.

Great view into what it takes to run your website inside a cloud.

OK so this is really an add for Google but the stats before they start selling are what makes it interesting.

The Rise and Fall and Rise of Java

I have been a fan of Redhat for a very long time I bought my first copy of Redhat back in 1997 - it was in a boxset, I kept it for years even after I upgraded! Redhat has been stable and reliable (well ok, most of the time) - just what you need for a server distribution but this month marks the first time I cheat on Redhat by installing a copy of Ubuntu on one of my production servers.

In the beginning when I first had company production machines we also used Redhat because a couple of hundred dollars a year for support for one box seemed reasonable. Then as less and less things broke and we as sysadmins grew and learned what was needed to fix things that couple hundred dollars seems more and more expensive. Our collection of servers grew and we started switching over to CentOS as the support contracts ran out. At the same time we also became a customer of Rackspace and we used Redhat 5 on the servers because well it was “free” with each server and it complimented the existing Redhat/CentOS we had in the office.

We were happy with our lot - things were at peace, CentOS boxes got point upgrades fairly quickly but it never really mattered too much they were not facing the outside world or targets of external hacks.

After leaving my last company I started out with my own hardware which I bought and put into a datacenter in the UK. I stuck CentOS on it and things again were all good. Then Redhat released 5.6 and CentOS started working on the upgrade and they kept working and working and working. Then Redhat started patching security holes but still no upgrade came from CentOS.

For a long time using CentOS was a pleasure but now after sitting with a bunch of unpatched servers that were targets of hacking attempts for several months while they work out the upgrade process to 5.6 left me with a very bitter taste in my mouth. While I totally understand that they cant change the OS they are building, that defeats the point of binary compatibility with Redhat, the amount of time that it took to get a dot point release upgrade was just too long. Think about how many web hosting companies were sitting there with unpatched servers waiting for the upgrade - scary!

I toyed with the idea of moving to Fedora but they dont officially support a yum version upgrade route and physically upgrading all the physical machines from media is crazy, so instead Ubuntu jumped to my mind. Its has been on the up for the last few years and more projects seem to be using it as a starting point for releasing software.

Ubuntu ticks all the right boxes, it has a free server version, apt based version upgrades and paid support if I ever really need it. I have had the server now online for 2 weeks and things have been rather smooth, everything works as expected. Some config files are in a different location but thats no biggie and the system is getting regular security updates.

The only negative I have with Ubuntu is that PostgreSQL 9 is not in the default distribution even though they have had it out for a couple of Ubuntu releases now, but if that is all I have to gripe about then things are defiantly ok.

Somehow I think CentOS is going to keep having an uphill battle to keep up with Redhat who seem intent to try and disrupt other companies making a buck off their software like Oracle and even though they have the best of intentions I now don’t think that CentOS is the distro of choice for a internet facing server, sad times.